Skating in Masterton, Part 5: Return of Coker and the Windlow Rink 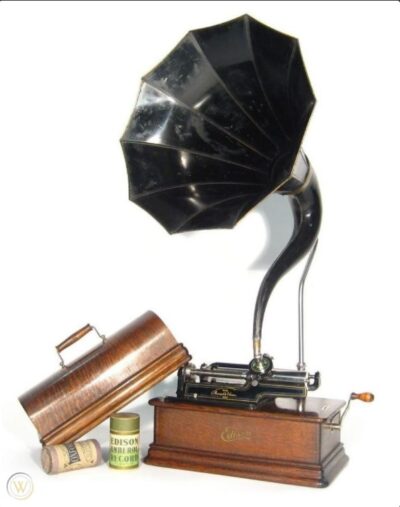 The review of opening night was glowing. The floor was top notch, the skates had all been revamped, and the participants skated the night away to the sounds of a brass orchestra. One thing was missing though – there was no mention of the Winslow Skating Rink. The night following the season opening, Elite issued over one hundred pairs of skates to waiting participants on an evening that was even busier than the one before. Advertising settled into a regular rhythm, but there was no sign in the papers of Winslow Skating Rink. Curiously, an advertisement placed a few weeks after opening confirmed that they have “civil and obliging attendants”, which sounds like an odd thing to mention unless there had been some sort of altercation. The Elite is again run by the previously bankrupt R. E. Howell, and featured a brass band every evening as well as an “unlimited supply of ball bearing skates”. Season tickets were again made available to the public and the sport was pushed as an “exercise that is at once healthy, invigorating, amusing and exciting.” Help for those new to skating was always available, and the quality of skates used were promoted as being the best to be had.

At the end of May 1909, a dance was held at the Elite Skating Rink, but it was unlike any dance held in Masterton before – it was to music provided by an Edison Phonograph. It is unknown as to the popularity of the event, but the admission was only 1 penny as opposed to the sixpence paid during skating sessions.

Partway through the 1909 season, there appeared a familiar name in the paper. George Coker was back and announced that he had secured a lease of the Gymnasium Hall in Dixon Street and that it would open in a few days. It is possible that Coker took over the lease from Howell, and all future advertising does not mention a business name. J. S. Peters was the proprietor at this time, and although no prices are published, they are declared to have “moderate charges” in conjunction with their Winslow branded skates. No events were announced for the rest of the season, and the rink quietly closed for the summer.

In 1910, George Coker started his advertising early, announcing that he had “just received from America a very large consignment of the most improved pattern of ball-bearing skates, in readiness for the opening of the skating season in Masterton.” In late March 1910, with all new skates and specially prepared floor, an orchestra played along with the skaters who had finally returned to the Winslow Skating Rink. Open for three sessions every day between 10 a.m. and 10 p.m., the rink was the place to be again. Reviews of the opening night were very positive, with mention of the flooring, orchestra and decorations.

Again and again attendance numbers surpassed those of previous nights, until Coker decided to open even earlier on two days for women to practice their skills and hopefully reduce the load on later sessions. In early April, Coker announced that he had managed to secure a considerable number of new children’s skates. In conjunction, a children’s session was added on to Saturday mornings and a future children’s carnival was announced.

Attendance must have started to wane as the year passed, as in May it was announced that the hireage of men’s skates would be lowered to the same price as women’s for night sessions, which would make them the cheapest in all of New Zealand. Also, Monday nights were to be reserved for women who were unable to make the day sessions that were set aside. In early June, George Coker moved to Whanganui to run a successful rink there. As there was no advertising for any form of rink until later in 1910, it is possible that he closed down the rink rather than having someone else take on the lease.