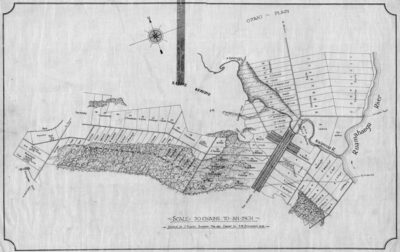 Masterton is the largest town in Wairarapa, its 19,500 accounting for nearly half the population of the region. It is situated on the banks of the Waingawa and Waipoua Rivers, and serves as the region’s unofficial capital providing most government services. It is also well provided for educationally, with four private schools and colleges as well as the full range of state schools.

It was founded in 1854 by members of the Small Farms Association, men of small capital from the Wellington and Hutt Valley areas who were keen to establish themselves on their own smallholdings. The original owners purchased a one acre town section and a 40-acre farm on the surrounding plains. The town acres were arranged in the form of a cross, and unsold sections were aggregated into a community trust which still operates today, with an operating surplus of over $1 million devoted to community purposes.

Among the institutions the Masterton Lands Trusts supports is Aratoi – the Wairarapa Museum of Art and History, situated in the cultural precinct alongside the Wool Shed, the national museum of sheep and shearing, and the Jubilee Fire Museum, which features an 1887 horse-drawn steam-driven fire engine. Queen Elizabeth Park, established in 1877 and featuring mature trees, a steam-powered miniature railway and an attractive boating lake, is across the road.

The Genesis Recreation Centre is nearby. Incorporating swimming facilities and a large stadium, it is the home of the International Golden Shears Championships, a feature of the Masterton calendar for the past 50 years.

To the south of town is Hood Aerodrome, named after local pilot George Hood, who lost his life along with John Moncrieff in a failed attempt to become the first to fly across the Tasman Sea. It is a working airport but it also houses a number of other aviation-focussed organisations, including the New Zealand Sports and Vintage Aviation Society, the Vintage Aviator Limited, and the Old Stick and Rudder Company. It is home of the biennial world-class Wings over Wairarapa air show which draws thousands of aviation buffs to the town. The Masterton Motorplex Drag Racing is also based at the aerodrome.

For those looking for something more sedate, the Pukaha Mount Bruce Wildlife Centre, north of the town, is a must-see. A quiet stroll through one of the last remnants of the vast Seventy Mile Bush that once stretched between Wairarapa and Hawke’s Bay, allows for glimpses of native flora and fauna, including a unique chance to get up close with Manukura and Mauriora, the two white kiwis born during 2011. Daily feedings of wild kaka and tuna (eels) are other highlights.

Wairarapa’s two most popular beaches, Castlepoint and Riversdale, lay an easy hour’s journey to the east. Castlepoint, known to Maori as Rangiwhakaoma (‘where the sky runs’), features a 100 year old lighthouse, now unmanned but still operating, atop a limestone reef. It is the site of annual beach races, when sand conditions are right. It also regularly plays hosts to ferocious north-westerly winds, frequently being the windiest spot in New Zealand.

Riversdale, slightly to the south, is more sheltered and is a favourite swimming, fishing and surfing beach, complete with lifeguards in summer. It was established in 1954 by local entrepreneur Basil Bodle.