The influenza arrives in Wairarapa 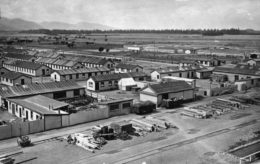 In early November the Wairarapa Daily Times reported that the new more virulent influenza was well-established in Auckland. On the 5th deaths were recorded in Auckland and Napier and news of the economic effects of the epidemic, as it was then called, were detailed. Auckland tram and ferry services were curtailed, coal mines were shut down, the railways workshops closed, and the telegraph department was badly affected. The editor pressed for preventative measures to be taken by the Government.

The first Wairarapa cases were also being reported, from the military camps near Featherston, where it was reported that influenza was ‘rife’ and that 299 soldiers had been hospitalised. At the camp, where thousands of men were based as part of their training, segregation was not easy and influenza rapidly infected more victims.

On 8th it was reported that 1000 men had the flu; on the 9th it was 1500, with 20 serious patients and six men had already died. By the 13th there were 2158 men hospitalised in the camp and 22 people had died. The Government stopped bringing fresh recruits into the camps in an attempt to halt the disease.

The camp was reorganised to cope with the large number of ill. It was soon apparent that the base’s hospital was unable to cope with the flood of patients and temporary flu hospitals were established in a large number of permanent buildings in the camp. The mess halls, Soldiers Club and United Institute were commandeered and many of the huts were converted into recuperation wards.

The camp’s medical staff was very prone to catching the disease, with estimates that half of the nurses on the base were stricken down, and volunteers from the neighbouring countryside were called in to nurse the afflicted.